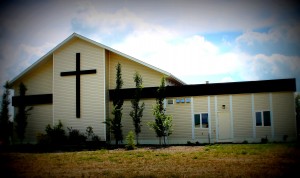 The organization meeting of the Brightview Baptist Church was held on February 9, 1909 with fifty-three present. From the minutes of that meeting:

“To meet the desire of a number baptized believers in the district of Brightview, a Baptist Church organization meeting was called for at the home of A.A. Goodhand. The student pastor conducting the meeting was H.F Widen with  Rev Norman Burke of Wetaskiwin as moderator. The following presented themselves for fellowship and became charter members: Henry F. Widen, Mr. & Mrs. W.T. Abercrombie, Miss Ethel Abercrombie, Miss Edna Abercrombie, Miss Ellen Goodhand and Miss Alen Greenland. Rev. Burke gave a message which was a charge to this new church of eleven members.”

The first student pastor was Mr. Henry Widen followed by J.A. Wingblade on November 4, 1909. A branch Sunday School was organized and conducted in the Lone Ridg 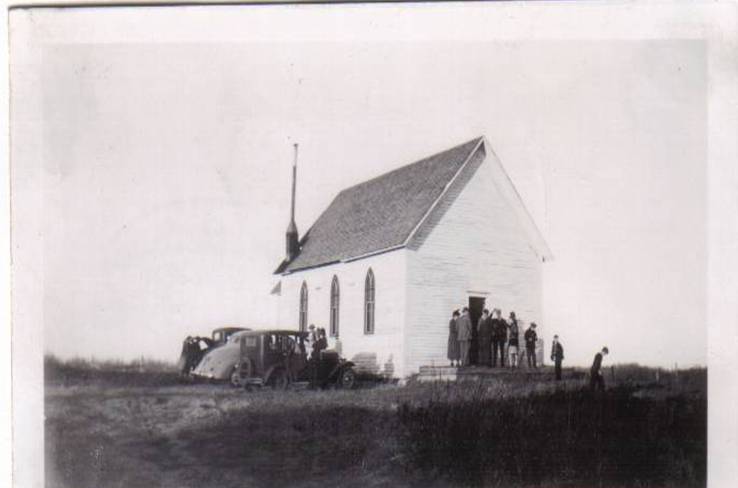 e School in 1910. In April 1910, the Church Board accepted, with appreciation, the gift of one acre of land from Mr. Carl Johnson as property on which to build the church. An organ was purchased for $22.00.

By November 2, 1910, a promise of $109.00 and five hundred feet of lumber had been received. At a meeting on November 16, 1910, a motion was carried that the “property of the Brightview Baptist Church be transferred to, and held in trust by the Baptist Union of Western Canada.” By July, 1911, a young missionary from England, Mr. Sidney J. Waterman, was serving as pastor. He and contractor, Mr. Louis Olson, proceeded to build the new church. The first service was held in the church one year later.

In 1950, and again in 1985, the church building was upgraded to include a basement, kitchen, nursery, and a front foyer. After many years of faithful outreach in the community, it became apparent that a larger church building was required. In 2002, after much prayer, plans began for the new location of th

e Brightview Baptist Church. The congregation developed plans of their “dream” church, guided by the expertise of Sheri Turpin, Architect. With a parcel of land donated by Cletis and Doris Turpin and faith that the remaining resources would come in, a major crop raising fundraiser began and Per Sakstad was hired on as Project Manager to begin building.  A loan proposal was made and received from The Baptist Union Development Foundation in the amount of $250,000.00, only half of what was needed. Over the next four years, over $450,000.00 was received in donations and from crop fundraisers.

Brightview Baptist Church was completed and opened its doors for the first service in December of 2004. In late 2011, the old property was sold for $160,000.00 allowed for the remaining balance of $22, 147.27 with the CBWC to be paid in full. A Harvest Celebration was held on October 19, 2013 to burn Brightview’s mortgage and celebrate God’s faithfulness.

Chris Maclure began serving as Senior Pastor in August of 2011. In early 2014, the church embarked on a vision process to discern God’s direction for the future.  This resulted in a unified vision to reach the youth of our community and serve all aspects of the family. A search committee was formed to pursue hiring an Associate Pastor of Youth Ministries. Pastor Andrew Bird began serving as Youth Pastor in May of 2015. The church also felt a need for additional space. Brightview Church purchased the Falun Restuarant. They moved the restaurant down the road and attached it to the church, rebuilding the interior. This project was completed in August of 2015.

Brightview Church has since realized its vision of having a youth program, along with a number of other family programs that serve the community in a variety of ways. Brightview Church is still moving forward with new vision and exciting programs. Come participate in writing the history of this community.